In economic thought, no less than in scientific achievement, no man is an isolated being, and most writers lean heavily on their predecessors' writings in producing "new" works. The discoveries of one generation compound the experience and knowledge of those who have gone before. In the present study we are focusing on Sir Josiah Child's legacy.Child was a leading figure of his time: a wealthy man, governor of the East India Company, expert witness in the formulation of governmental policies, and a controversial figure in the political scene of the late seventeenth century in England. He can be considered as a "practical economist". From his writings we can learn much about the economic scene which produced them. By contrasting him with some others of his contemporaries we can learn something about the factors which led, in such complex ways, to the formulation of an economic science.
This paper consists of our analysis of Child’s writings and career trying to trace the sources of Child’s "theories". His Brief Observations Concerning Trade, and Interest of Money became an early classic of economic literature. Our target is putting this text into parts. Most of the times, destruction is a necessary prologue to reconstruction. The latter is our main purpose deconstructing Child's text.

[Blanch], John Blanel (sic) (1694). The Interest of England Considered. In An Essay upon Wool, our Woollen-Manufacturers, and the Improvement of Trade: With Some Remarks upon the Conceptions of Sir Josiah Child, By John Blanel. London: Printed for Walter Kettilby.

Gilbert (1823). Burnet's History of His own Time: With Supressed Passages of the First Volume, and Notes by Earls of Dartmouth and Hardwicke, and Speaker Onslow, Hitherto Unpublished. To Which Are Added The Cursory Remarks of Swift, and Other Observations (6 vols.), Oxford: At the Clarendon Press.

Chamberlayne, Edward (1694). Angliae Notitia: Or, the Present State of England: With Divers Remarks upon The Ancient State thereof. The Eighteenth Edition with great Additions and Improvements. London: Printed by T. Hodgkin, MDCXCIV.

C.[hild], J.[osiah] (1668). Brief Observations Concerning Trade, and Interest of Money, By J.C., Printed for Elizabeth Calvert at the Black-Spread-Eagle in Barbican, and Henry Mortlock at the Sign of the White-Heart in Westminster Hall.

[Child, Josiah] (1690). A Discourse about Trade, Wherein the Reduction of Interest of Money to 4 l. per Centum, is Recommended. Methods for the Employment and Maintenance of the Poor are Proposed. Several Weighty Points Relating to Companies of Merchants. The Act of Navigation. Naturalization of Strangers. Our Woolen Manufactures. The balance of Trade. And the Nature of Plantations, and their Consequences in Relation to the Kingdom, are seriously Discussed. And Some Arguments for Erecting a Court of Merchants for Determining Controversies, Relating to Maritime Affairs, and a Law for Transferrance of Bills of Debts, are humbly Offered. Never before Printed. Printed by A. Sowle, at the Crooked-Billet in Holloway- Lane: And Sold at the Three Keys in Nags-bead-Court, Grace-Church-Street.

Child, Josiah (1693). A New Discourse of Trade, Wherein is Recommended several weighty Points relating to Companies of Merchants, The Act of Navigation. Naturalization of Strangers. And our Woollen Manufacturers. The Balance of Trade. And the Nature of Plantations, and their Consequences in Relation to the Kingdom, are seriously Discussed. And some Proposals for erecting a Court of Merchants for determining Controversies, relating to Maritime Affairs, and for a Law for Transferrance of Bills of Debts are humbly Offered. London: Printed, and sold by John Everingham, at the Star in Ludgate-Street, in the Year 1693.

Child, Sir Josiah (1693). A Discourse Concerning the East-India Trade: Wherein is Shewed by Arguments taken from a Treatise Written by Sir Josiah Child (…) that the Said Trade May Be Carried On by A Regulated Company to Much Greater Advantage of the Publick than by A Company with a Joint-Stock. London: Printed for Richard Baldwin.

East, R. (ed.) (1891). Extracts from Records in the Possession of the Municipal Corporation of the Borough of Portsmouth and from Other Documents Relating Thereto. Portsmouth.

Eighth Report of the Royal Commission on Historical Manuscripts, Report and Appendix (Part I) (1881).

Historical Manuscripts Commission (1893). The Manuscripts of His Grace the Duke of Portland, Preserved at Welbeck Abbey. London: Printed for Her Majesty's Stationery Office.

By the King (1681). A Proclamation for the Restraining All His Majesty's Subjects but the East-India- Company to Trade to the East Indies. London: Printed by the Assigns of John Bill, Thomas Newcomb, and Henry Hills, Printers to the Kings Most Excellent Majesty.

Luttrell, Narcissus (1857). A Brief Historical Relation of State Affaire from September 1678 to April 1714 (6 vols.). Oxford: At the University Press.

North, Roger (1740). Examen: or An Enquiry into the Credit and Veracity of A Pretended Complete History; Shewing the Perverse and Wicked Design of It, and the Many Falsities and Abuses of Truth Contained in It. Together with Some Memoirs Occasionally Inserted. All Tending to Vindicate the Honour of the Late King Charles the Second, and His Happy Reign, from the Intended Aspersions of That Foul Pen. By the Honourable Roger North, Esq. London: Printed for Fletcher Gyles against Gray's – Inn Gate in Holborn, MDCCXL.

Papillon, Thomas (1696). A Treatise Concerning the East India Trade: Being A Most Profitable Trade to the Kingdom, And Best Secured and Improved by A Company and A Joint-Stock. Wrote at the Instance of Thomas Papillon, Esq.; And in his House, and Printed in the Year 1680. And now Reprinted for the better satisfaction of himself and Others. London: Printed in the Year MDCXCVI.

Petty, William (1660). Reflections upon Some Persons and Things in Ireland, by Letters to and from Dr. Petty: With Sir Hierome Sankey's Speech in Parliament. London: Printed for John Martin, Jams Allestreye, and Thomas Dicas, and are to b sold at the Bell in St Pauls-Church-yard.

Philopatris (1681). A Treatise Wherein is Demonstrated, I. That the East- India Trade is the Most National of All Foreign Trades. II. That the Clamors, Aspersions, and Objections Made Against the present East-India Company, a Sinister, Selfish, or Groundless. III. That since the discovery of the East-Indies, the Dominion of the Sea depends much upon the Wane or Increase of that Trade, and consequently the Security of the Liberty, Property, and Protestant Religion of this Kingdom. IV. That the Trade of the East-Indies cannot be carried on to National advantage, in any other way than by a General Joint-Stock. V. That the East-India Trade is more profitable and necessary to the Kingdom of England, than to any other Kingdom or Nation in Europe. By Φιλοπάτριs. London: Printed by T.F. for Robert Boulter.

Philopatris [Benjamin Worsley] (1651). The Advocate: Or A Narrative of the State and Condition of Things Between the English and Dutch Nation in Relation to Trade… London: William Du- Gard.

Robinson, Henry (1641). Englands Safety. In Trades Encrease. Most humbly Presented to the High Court of Parliament by Henry Robinson, Gent. London: Printed by E.P. for Nicholas Bourne at the South Entrance.

Sainsbury, Ethel Bruce (1925). A Calendar of the Court Minutes, etc. of the East India Company, 1664-1667, with an Introduction and Notes by Sir William Foster. Oxford: At the Clarendon Press.

Sainsbury, Ethel Bruce (1932). A Calendar of the Court Minutes, etc. of the East India Company, 1671-1673, Introduction and Notes by W.T. Ottewill. Oxford: At the Clarendon Press.

Scott, William Robert (1910). The Constitution and Finance of English, Scottish and Irish Joint-Stock Companies to 1720 (2 vols.). Cambridge: At the University Press.

Temple, Sir William (1932). Observations upon the United Provinces of the Netherlands, with an Introduction by G.N. Clarck. Cambridge: At the University Press.

Wilson, Charles (1978). Profit and Power: A Study of England and the Dutch Wars. The Hague: Martines Nijhoff. 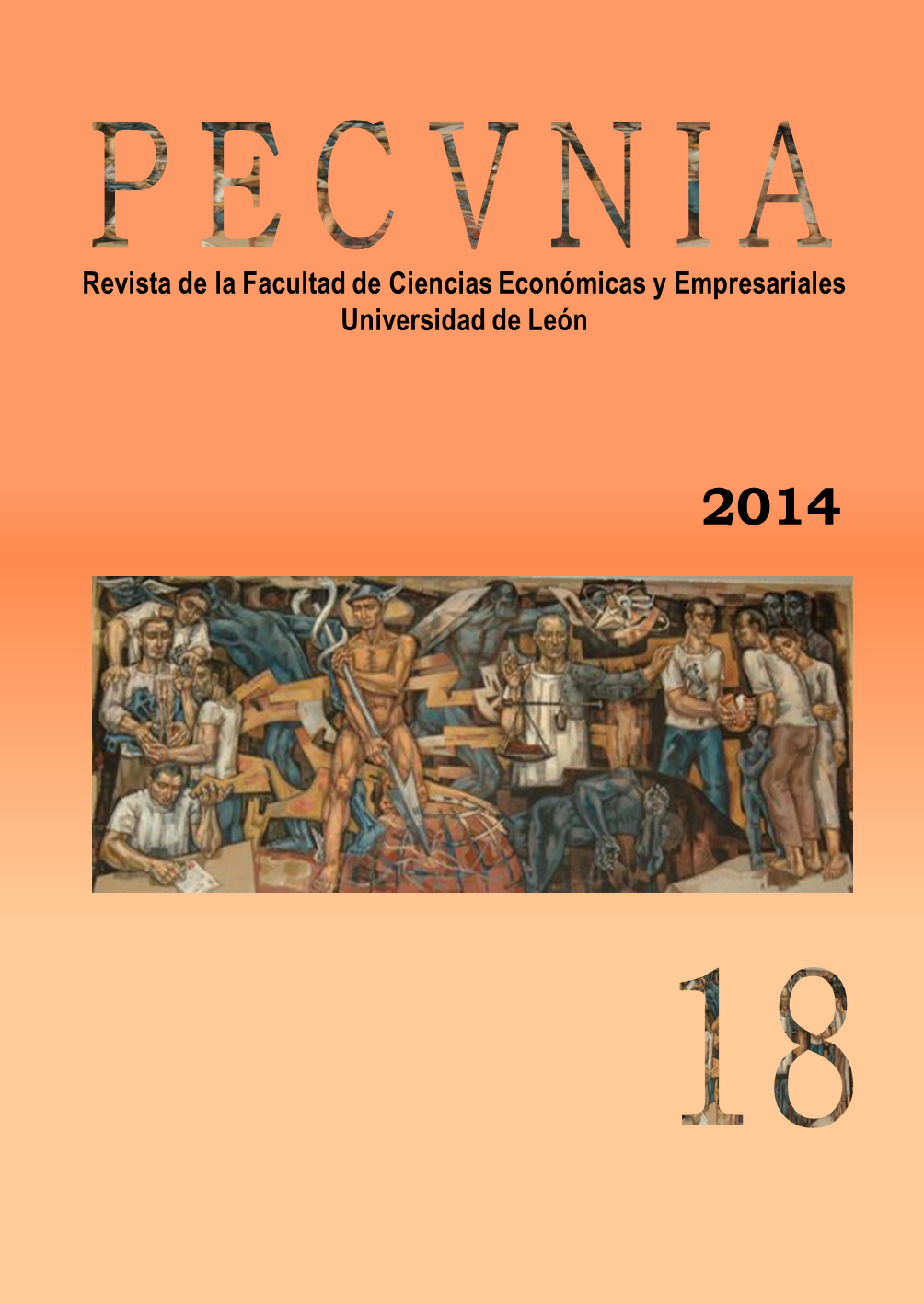